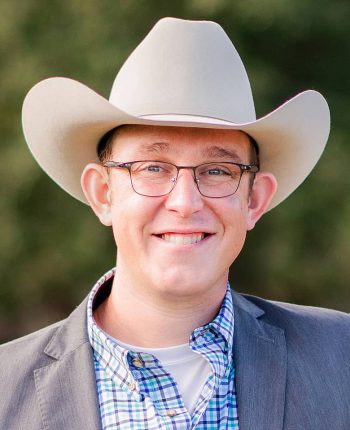 Alex leads the Foundation in its mission of increasing adoptions of wild mustangs and burros. He is a skilled management and marketing professional with experience in the agricultural, event production and food industries, and brings an innate ability to build partnerships and collaborate on complex issues. A native of northern Colorado, Alex grew up raising and showing livestock and graduated from Colorado State University with a Bachelor’s of Science in Animal Science. Since then he has honed his talents in strategy, business development, event production and marketing through roles at JBS Swift and 100X Marketing/Ram Rodeo. Prior to joining the Foundation, he directed marketing at Performance Foodservice – Temple, a nationally leading broadline food distributor with revenues averaging $700 million annually. Alex became convinced of the intelligence, trainability and adoptability of Mustangs when his girlfriend, now wife, Christie competed in Extreme Mustang Makeovers from 2014 to 2016. Alex and Christie now live in Granger with their two Mustang geldings, a burro and a menagerie of other animals.